James Dorr is an Indiana-based short story writer and poet specializing in dark fantasy and horror, with forays into mystery and science fiction. His The Tears of Isis was a 2013 Bram Stoker Award® finalist for Superior Achievement in a Fiction Collection, while other books include Strange Mistresses: Tales of Wonder and Romance, Darker Loves: Tales of Mystery and Regret, and his all poetry Vamps (A Retrospective), along with his latest, Tombs: A Chronicle of Latter-Day Times of Earth, a novel-in-stories from Elder Signs Press. Dorr has been a technical writer, an editor on a regional magazine, a full time non-fiction freelancer, and a semi-professional musician. He currently harbors a Goth cat named Triana, and counts among his major influences Ray Bradbury, Edgar Allan Poe, Allen Ginsburg, and Bertolt Brecht.

MORE POSTS FROM THE AUTHOR 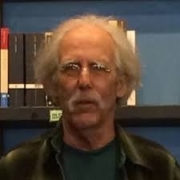 James Dorr is an Indiana-based short story writer and poet specializing in dark fantasy and horror, with forays into mystery and science fiction.

The Harikikigaki Has the Answer