Of course it was zombies. The apocalypse scenario that never dies. The dead reborn through the years. Fast zombies, slow zombies, space zombies. Explained away by genetically engineered viruses, or airborne fungal spores, or alien parasites. All of them after your flesh, if not your brains.

A numbers game; the dead quickly overpowering the living and, after a bite or two, converting hunted to hunter.

There shouldn’t be enough nourishment to keep them all going. Didn’t make sense.

But, as Malcolm smashed through the rotten skull with his Louisville slugger, at least these zombies glow in the dark.

Liam Hogan is a London based short story writer, the host of Liars’ League, and a Ministry of Stories mentor. His story “Ana”, appears in Best of British Science Fiction 2016 (NewCon Press) and his twisted fantasy collection, “Happy Ending Not Guaranteed”, is published by Arachne Press. Http://happyendingnotguaranteed.blogspot.co.uk or tweet @LiamJHogan. 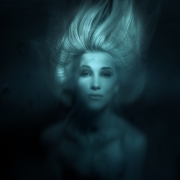 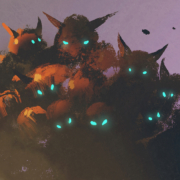 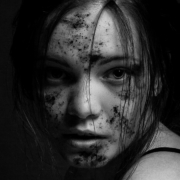 You Came To Me

Blame it on El Trauco 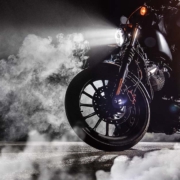 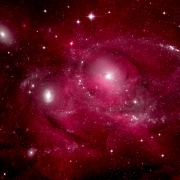 Want to join the discussion?
Feel free to contribute!

Where Her Heart Was