AS ABOVE, SO BENEATH by Joshua D. Taylor 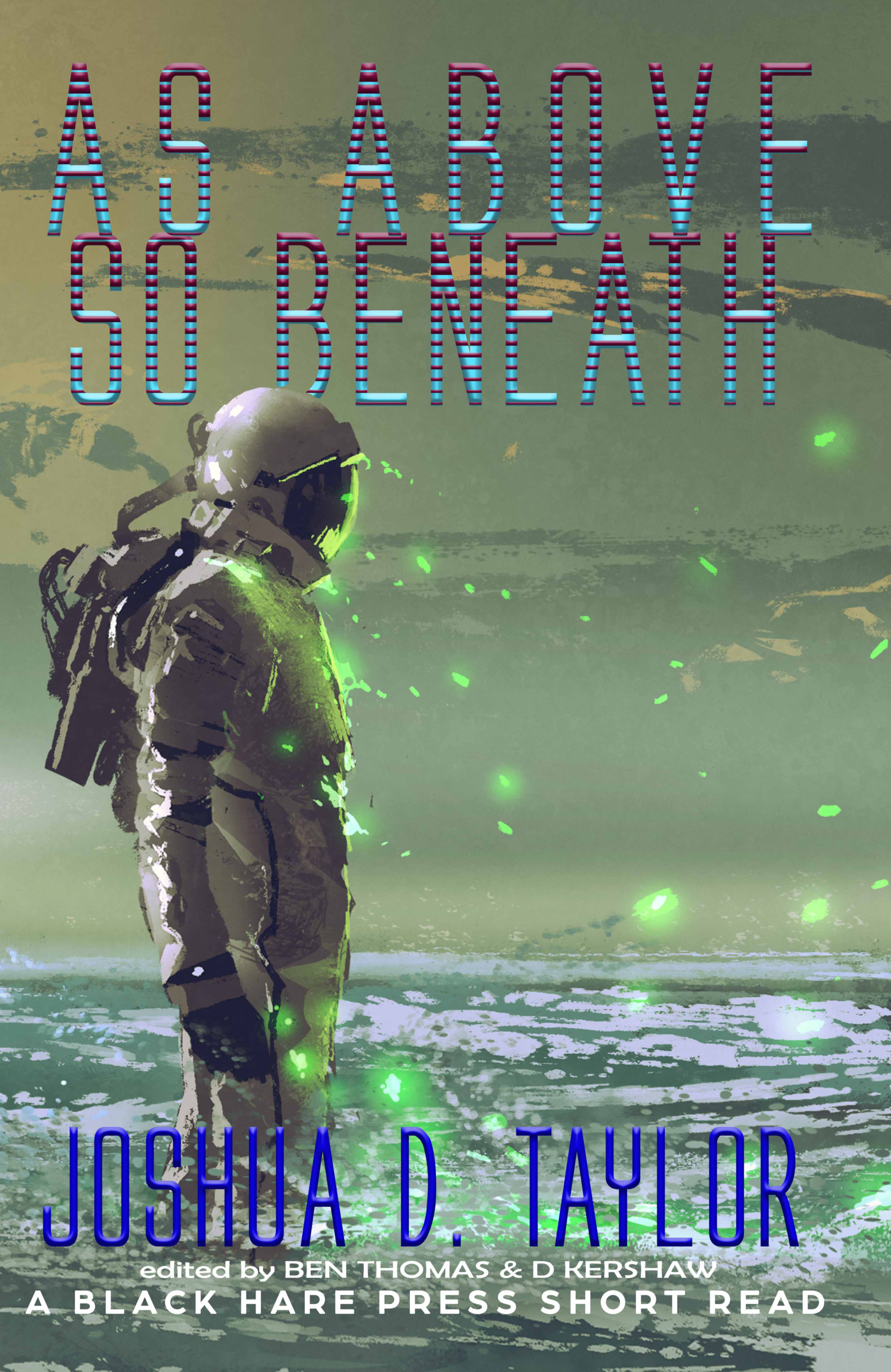 JOSHUA D. TAYLOR started writing a few years ago when he realised he was too old to play make-believe. He lives in southeastern Pennsylvania with his wife and a one-eared cat. He enjoys gardening, comic books, ska-punk music, Disney World, and travelling with his wife.

What’s your most favourite under-appreciated novel?

I’m going to say A Night in the Lonesome October by Roger Zelazny.  It has its fans, we’re in FB group together, but I had never heard about it till I came across it in a bookstore.  It’s sort of a mystery story starring two unlikely friends.  Each chapter is a single day in October.  It features famous public domain characters and is set in the Lovecraft mythos.  And it’s told from the point of view of Jack the Ripper’s dog.  It is amazing.

Does writing energise you, or exhaust you?

Depends on how it’s going, if it’s a scene I can see clearly in my head than it’s energising cause it just flies onto the page.  I have a lot of fun with dialogue too, so that’s pretty energising.  But if it’s a part of the story I’m unsure about then it’s like slogging through mud trying to write it out.

If you could tell your younger writing self anything, what would it be?

To keep writing, don’t quit again!!  I started and stopped SO MANY times throughout my life.  I’m easily discouraged and writing is not for the faint of heart.  I’d start something, then quit when it got hard, or read something and decided it was awful and quit.  If I had kept with since I was young I would be so much better by now. Haha!

What one thing would/did you give up to be a writer?

I feel like a gave up some other interests.  Nothing major or permanent, it’s not like I made a deal with the devil at the crossroads to give something up in order to be a writer.  But I used to do some pixel art in MS Paint and make paper toys (cubecraft style) and those things all take time and there are only so many hours in a day, so I ended up focusing on writing and haven’t done those in a few years, though I still think about whenever I see an interesting piece of art someone else has created.

Were you an avid reader while you were growing up?

I was, but I was a terribly slow reader—it was tough for me.  So, I always wanted my parents to read stories to me or to watch movies.  I never wanted to read for myself until I discovered comic books that seemed to have the right balance of pictures, words, and continuing storylines to keep me interested.  That’s what I really took off as a reader and then moved on to novels.

What challenges did you encounter to finish it?

Making the big reveal’s impact on the main character seem believable after what he had been through.

How did you come up with the stars/MCs of this book?

Well I came up with the idea for the plot first, so then I needed a character to fit the part.  So Nemo Carter came about as a function of the plot.  I wanted the story to start with the strange behaviour of sea animals, so marine biologists just made sense.  I have a biology background and always thought it was an interesting career, so perhaps it was a bit of wish fulfilment on my part.

Is there a particular message that you hope readers will take from the book?

Since it’s cosmic horror: No matter how advanced humans become, no matter how smart or powerful we end up becoming, there will always be things outside of our comprehension and control.  Stay humble.

What’s brewing? What projects are you working on?

A couple of main things, I have a longer piece(novella/novel-length) that I’ve been working on, it’s more weird or bizarro than anything I’ve written before.  People’s hands fall and turn into crabs for no reason, most shopping is done from vending machines, and there’s a famous rapper that lives alone on a mountaintop to name a few.  But I’ve got myself stuck in the middle.  I knew how to start it, and I have the ending outline, I don’t know how to connect it all up so that it makes sense.  It started off as an idea about romantic rivals in a wacky setting, then it got weirder, then turned into something about reality being a simulation.  We’ll see what it’s about when I finish it.  If I get it done I’d like to send it into Eraserhead Press next year when they’re taking submissions.

I unintentionally started writing a serial of stories about a group that collects mystical objects, just something goofy and action-packed I started as a distraction and loaded with tons of references to mythology, folktales, and pop culture.  The stories focus on a man named Henry ‘Sidehill’ Hodag, who was cursed by a cruel fairie as a child to always desire the unobtainable.  The fairie underestimated how good Henry is at getting what he wants.  Then I was done with the first story and had more ideas, so I started writing a second one.  I’m waiting to hear back if the first one has found a home or not.

More Posts from the Author 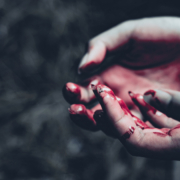 by Joshua D. Taylor   Max looked around the room that was covered in Jennifer’s splattered remains. He had no idea what happened. One minute he was trying out the new salsa dancing skills he had downloaded. The next thing he knew he was covered in gore. A notification from the developer popped up in […]

What’s your most favourite under-appreciated novel? I’m going to say A Night in the Lonesome October by Roger Zelazny.  It has its fans, we’re in FB group together, but I had never heard about it till I came across it in a bookstore.

Mankind had conquered the stars…sculpted alien worlds to their whim…assumed they were the kings of all they surveyed. But now, a darkness spreads—from above and beneath—and mankind will soon realise they are but a temporary blip in the history of the universe.

Nine talented authors bring you a dynamic collection of weird tales in one amazing collection. 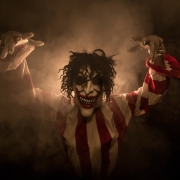 by Joshua D. Taylor   Chris and Sara stared at the abandoned and dilapidated monster mask factory.  The windows were shattered and forgotten police tape flapped in the chilly October breeze. “I can’t believe twenty-three people were stabbed to death here last Halloween,” Chris said. “I know, and that masked maniac is still out there […]

JOSHUA D. TAYLOR started writing a few years ago when he realised he was too old to play make-believe. He lives in southeastern Pennsylvania with his wife and a one-eared cat. He enjoys gardening, comic books, ska-punk music, Disney World, and travelling with his wife.

This website uses cookies to improve your experience while you navigate through the website. Out of these cookies, the cookies that are categorized as necessary are stored on your browser as they are essential for the working of basic functionalities of the website. We also use third-party cookies that help us analyze and understand how you use this website. These cookies will be stored in your browser only with your consent. You also have the option to opt-out of these cookies. But opting out of some of these cookies may have an effect on your browsing experience.
Necessary Always Enabled
Necessary cookies are absolutely essential for the website to function properly. This category only includes cookies that ensures basic functionalities and security features of the website. These cookies do not store any personal information.
Non-necessary
Any cookies that may not be particularly necessary for the website to function and is used specifically to collect user personal data via analytics, ads, other embedded contents are termed as non-necessary cookies. It is mandatory to procure user consent prior to running these cookies on your website.
SAVE & ACCEPT